Pulling Out the Threads of War ~ Smiling Makes Sadness Small

(Using the poetic voice to speak of the unspeakable.) 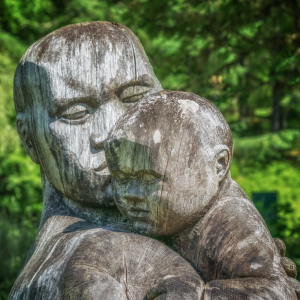 Even while hell burns and seethes in the eyes

of the boney death mask of rebellion and fosters evil,

Some maintain the devotion to service.

From where did these pervasive perversions propagate?

We release anxiety, the impulse to control…we demand equality.

We return to caring for ourselves and for each other

Which disperses hatred, cynicism, and resentment into nothingness.

Where did this bitterness and rage originate?

When did evil stink up our houses?

When were the ghosts of agony welcomed and fed?

When did whimpering and yelling become the norm?

When did poison rather than reason ride on words?

When man made woman less and respect was derided.

When twin souls could no longer join in equal caring.

When unity became bullying making victims instead of partners.

When family became power instead of purpose.

When strength became selfish and a betrayer of loyalty.

Life is no longer sacred and children become orphans.

The tribe is no longer a team and empathy is abandoned.

People are no longer schooled and can’t find their competence.

The mission to serve is sabotaged by stunted adults.

And, goodness is betrayed by futility and failure.

Even the primitive is not perverse.

Civility is trampled and crushed.

Only maturity gives the wisdom

Of reverent sight to stand for what’s right.

When attitude breaks the bond,

The seeds of watchfulness,

into cynical glaring at the perpetrator.

This malaise and malignancy

from the battle grounds,

are carried in the threads of uniforms

and the scars of war, into the homes.

And, the plague we were fighting,

the very hatred of harm,

didn’t die there in the violence.

It came to stay in the basement

And, the unwelcome guest,

appears with each triggered trauma

bringing down the dark

to dust even the innocent with fear.

The soul, cemented in being a parent

The moment the bundle is born,

Invests best in teaching the young.

But poverty puts a man away at work

And hopelessness puts a woman down.

The deadliness of defense,

crimps life off to a dribble

when the evidence of division

fosters filth instead of friend.

Families are divided and devastated.

They branch into houses of suffering,

narrowed to starving and coping.

Some may just flee

but, some may stop and see.

What shifts sight from self,

from survival to strength for asking?

How awaken heart and spirit

to competence and caring?

How is longing for purpose sewn?

When we know our soul and show

The clarity of creativity, there is always expansion…

The joy of generosity, there is always more…

The drive of passion, there is always meaning…

The ferocity to brave the ordeal, there is honor.

We pitch in and partner

When the hurricane hits.

We go the extra mile

When death strikes us down.

But the twisting of good was slow.

How do we redirect the spiral

and reverse the fall?

We interrupt the cycle,

We ask for better, that’s all.

Simply pull out the threads of war.

to solutions and sadness salved

via peacemaking from Mom and Dad.

Couples build beauty for all.