74% are overweight or obese.

My heart sinks. But, we know exactly what to do! 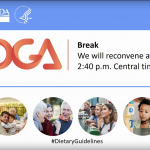 Here are 11 of the presenters…doctors and concerned individuals presenting their requests to the USDA (United States Department of Agriculture) Department of Health and Human Services Dietary Guidelines committee meeting in Houston today. These citizens are offering information and requesting that the standard American dietary guidelines be changed to recommend real food and to limit recommended carbohydrates to less than 25 grams per day.  They reveal how hundreds of thousands of cases of chronic diseases are now cured.

My husband, Jack Waldenmaier, and I went to the Low Carb Houston Conference in October 2019. We have been devoted to LCHF (Low Carb High Fat) for four years to lose weight and heal from Metabolic Syndrome. So, we will now be able to live our next decades (over 60) strong and slim. Through our interest in health, we have found an international community of doctors, nutritionists and researchers who are ready to help with the information, evidence and support we need to live in health. 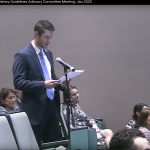 Dr. Jonathan Clinthorne went from an overweight college student to a low carb endurance athlete thanks to a low carb diet, which inspired him to get a Ph.D. in nutrition and become Atkins’ Nutrition Communication Manager.

He shares the statistics that 72% of Americans are overweight or obese. 52% are diabetic or pre-diabetic. 1 in 5 children are obese and 20% of adolescents are pre-diabetic. 48% of American elders have pre-diabetes. 1 in 4 elders have Type 2 Diabetes. He concludes that 100 million people are not receiving relevant eating guidance. 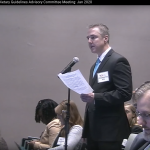 Dr. Chris Palmer is a physician and researcher at Harvard Medical School. “We have epidemics of diabetes and obesity, they are lifestyle diseases because they revolve around choices.” As a young doctor, in his twenties he had high blood pressure and high cholesterol. After only 3 months of low carb, he has been off of high blood pressure and cholesterol medication for 23 years.

“The insulin resistant brain is hungry.” The American Diabetes Association has already adopted the low carb recommendations. He points out that the current guidelines weren’t based on the best science. They studies were based on correlational studies, not randomized control trials. When diets leave people feeling hungry, they are destined to fail. Hunger is driven by many hormones and their effects on the brain. When a brain is insulin resistant, it is hungry. One solution, which is proven to work, is eating a low carbohydrate diet. 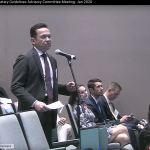 Tony Martinez is an attorney who had Type 2 Diabetes. He is currently running for the NY State Senate. He reports that he  had a heart attack and recovered by eating a ketogenic diet  five years ago. He has saved $24,000 a year in avoiding the cost of medications by the healing he achieved by going on a ketogenic carnivorous diet which is based on 20% carbs. He suggests that the recommended calories should be 25% not 45%. Diabetes costs the state of NY, just for those on Medicare, $1.5 billion a year. The State of NY is looking at cutting taxes and funding. Tony recommends that the guidelines could just give expanded options. 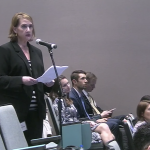 Amy Aigis, year after year, followed the current USA nutritional guidelines – the calories in calories out theory. She had been chronically hungry, morbidly obese and diabetic.  Since following the Low Carb High Fat way of eating, she has lost 173 pounds. She stopped following the current guidelines, rather finally started to get her health by eating proteins, dairy and fats to satiety. She reports that she has reversed pre-diabetes, her cardio vascular health is improved with triglycerides cut in half, and her cholesterol is great.

We were not fat and lazy, we were fat and misinformed. 88% of this country have metabolic disease. The standard guidelines are for the 12% of the population who are not metabolically unhealthy: half of their calories can be carbohydrates and six servings of grains a day. 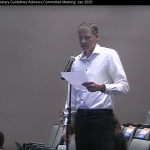 Dr. Darren Schmidt has focused on nutrition for 23 years at the Nutritional Healing Center of Ann Arbor. MI. He has seen thousands of successes with low carb diet and shares two case histories. He points out that the current recommendations are only corroborated by the first two steps of the scientific method and omit the next four steps, they are just epidemiological surveys.

There are a hundred clinical trials, experiments, actual science, which prove that the low carb diet is safe and effective. lowcarbusa.org 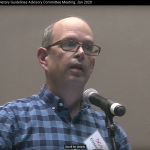 Larry Diamond, Health Coach and Researcher from Austin, TX. He was morbidly obese for 20 years. His high insulin made him constantly hungry and tired and he needed food every few hours. Carbs kept him in a constant state of high insulin.

He found that a low-carb real food diet created fat-adaptation. Twenty years ago, he lost 120 pounds with low carbs. He is now never hungry and is fat-adapted which allows the body to access and use stored body fat. He reversed his Metabolic Syndrome. 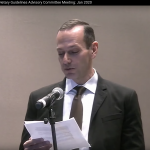 Ted Eytan, MD is a family physician with a degree in public health and he is the Associate Director, with Executive Director and science journalist, Nina Teichiolz, of the non-profit The Nutrition Coalition.

At age 12, Ted was unable to control his appetite and was on calorie restriction. “Our goal is that information is based on an accepted, state-of-the-art methodology.” He reports that there are no reviews of the 19 previous trials on dietary nutrition which have now been published since 2010. He recommends that the guidelines are not a rigid prescription, rather written open to different preferences. nutritioncoalition.us 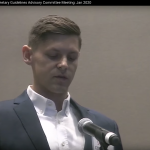 Dr. Anthony Gustin is a Sports Medicine clinician. He has used a whole food education platform for low carb with thousands. Over 60% of Americans have a chronic disease: diabetes, obesity and more.

We have 100’s of studies from the last 5 years proving the success of low carbohydrate diets. The current science doesn’t hold up against saturated fat. Humans do not lose the ability to digest saturated fat after infancy. Real food is not the problem. The biggest fat danger is that, in the last 100 years, seeds have been pressed and manufactured into industrial toxic seed oils. 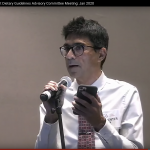 Dr. Nadir M. Ali, has been a Cardiologist in the Baylor College of Medicine in Houston, TX for 30 years. For “the first 20 years, I recommended the standard guidelines. My patients did not improve on the current diet.”

But, 6 years ago, he began a low-carb diet and lost 30 pounds himself and saw his patients also improve on the ketogenic diet. He has seen elderly patients regain health and stop many medications. There have already been plenty of robust clinical trials supporting the Low Carb way of eating. 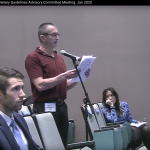 Doug Reynolds spoke representing Low Carb USA which he established because of his own success. He recommends that we eliminate sugars and processed carbohydrates and eat real food. To reverse incurable diseases: eating 10% or less carbohydrates (the upper limit is 25% carbohydrates) is recommended and returns people to health.

Low Carb USA assembled a panel of advisors from around the world and, in May 2019, published set of clinical guidelines. Eating a diet low in carbohydrates results in reduced levels of inflammation and in healing for previously-thought incurable and chronic diseases including Hyperinsulinemia and Metabolic Syndrome. https://www.youtube.com/watch?v=St3pifTblII 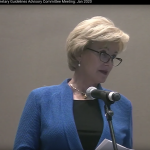 Dr. Molly McAdams is a rancher, a scientist and a mom. Her family has been raising beef on her ranch since the 1830’s. She reminds us that beef is a single food which is nutrient-rich and which carries important vitamins.

Over 20 studies have shown that limiting meat doesn’t help people eat better and can actually lead to over-consumption of  refined carbs as well as foods high in added sugars and sodium.

For our story, a newsletter, links to youtube lectures and doctors worldwide and the LCHF Food Pyramid, see my blog posts on nutrition which I posted five years ago in May 2015: